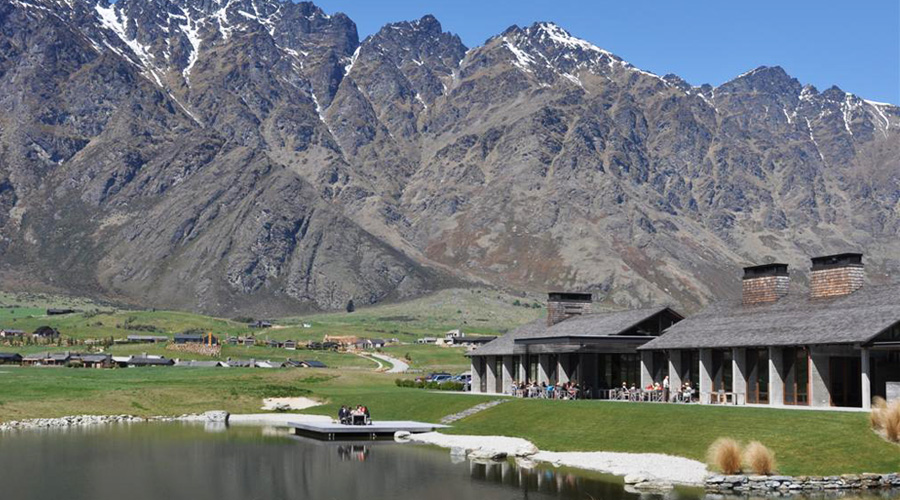 Make the most of locally sourced seasonal produce in one of Queenstown’s finest establishments.

Nestled at the base of the South Island’s Remarkable Ranges and occupying what is arguably one of the most dramatic locations of any restaurant in the country, the Clubhouse at Jack’s Point puts on a world class show with its awe-inspiring surroundings. But don’t let this put you off, unlike other restaurants of its ilk Jack’s Point Clubhouse is not gastronomically challenged. A delicious menu featuring hearty fare prepared from locally sourced seasonal produce impresses even the toughest critics. We suggest the scotch fillet with goose fat potatoes matched with one of the region’s plethora of award-winning pinot noirs. You’ll be set for an afternoon of pure indulgent Kiwi magic.

If you are looking for a truly indulgent stay on your Southern sojourn,...

To stretch the legs and swing the sticks in Queenstown, there is no...

With the snow starting to fall again in Queenstown, it's time to dust...

When cavorting about Queenstown, the elegant shortlist of transportation options from private choppers...

Seeking a touch of nostalgia? This Wanaka restaurant has been serving the same...

Having opened its cellar door in an old 1950s woolshed last year, Wet...