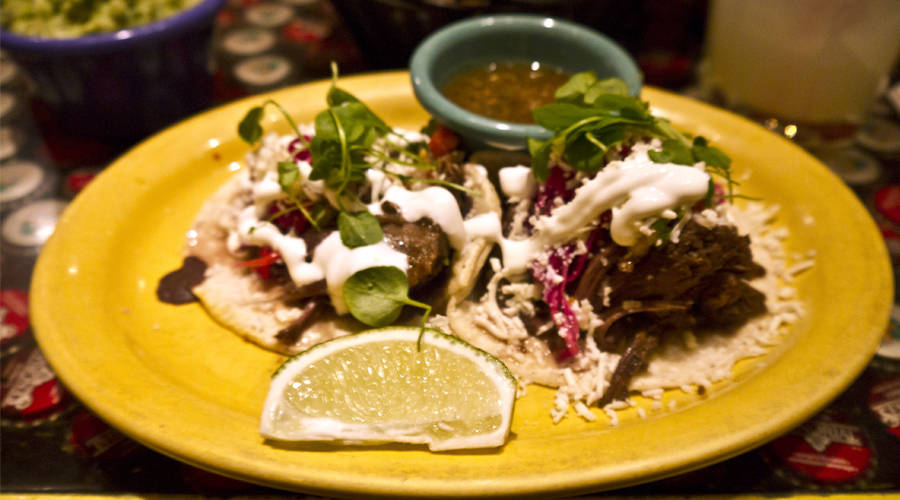 Treat yourself to an authentic taste of Mexico, right in the heart of NYC.

It sometimes seems like there are as many Mexican eateries in New York as there are people. Most of them are pretty good, but pretty much the same. El Centro won its place in my heart for being both better and different. The décor is a feast for the eyes, centring on a sculpture wall of dozens of colourful, delicate Mexican icons ingeniously fashioned from aluminium cans. The stomach is treated equally well by a menu that seeks to perfect rather than invent. Highlights include a simple corn on the cob smothered in queso blanco, paprika and coriander, and booze-laden slushy margaritas that will send you staggering out the door happier, and not much poorer.

Conceived with the notion of providing the otherwise devoid Fashion District’s stylish crowd...

This contemporary eatery exudes a rustic vibe, complementing its farm to table ethos....

This place might not have the most original name, but the cakes they...

Nautically themed, this characterful Greenpoint cafe was the vision of the late Heath...

There’s a plethora of theatre in New York, and everything still measures itself...