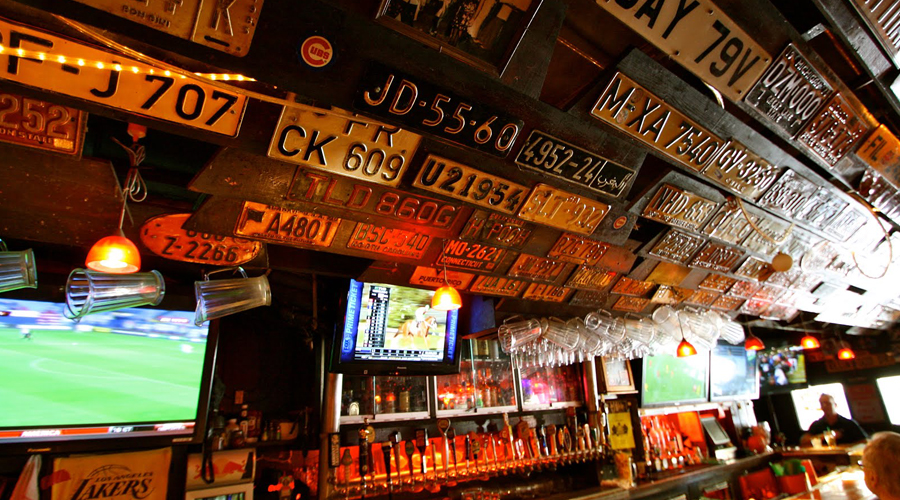 Established in the 1927, this sports bar is apparently where a heavily intoxicated Jim Morrison once pissed on the bar top. He was thrown out, as were gay people at the time. As West Hollywood developed, so did its gay scene, but the sports bar remained. Jim obviously didn’t. And thankfully, neither did the bigotry.Barneys is a totally American affair. The menu is enormous, as are the portions. It’s open breakfast through dinner, seven days a week. The best thing that I saw on the menu was the “Barneys Champagne Breakfast”. A giant chilli cheese dog with a choice of side and a bottle of Dom Pérignon. All class.

I often find myself here a bit weary from the night before, recuperating...

THE PENTHOUSE AT THE HUNTLEY HOTEL

Located on the top floor of one of the tallest buildings in Santa...

Apart from its giant neon sign, the Sunset Boulevard address that is West...

Jose Centeno is the king of food in downtown LA. His spots Baco...

Following on from their NYC, Las Vegas and Mexico City locations, the latest...

Located on twelve acres of gardens, you feel more like you’re in a...